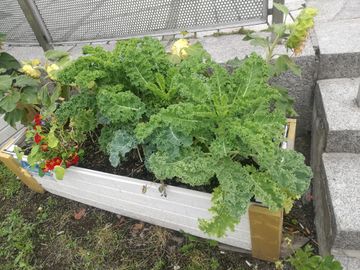 Communal garden of the neighbourhood got some flowers and also some edibles.

I harvested some nice fresh kale from the neighbourhood communal garden and decided to try to make my mom's roast kale salad and it turned out fine. This recipe serves 4. 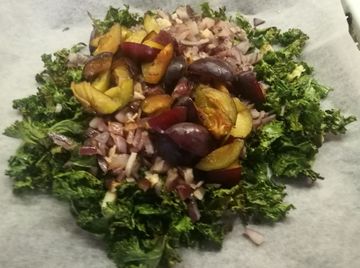 The roast kale salad is best served immediately so the kale is crunchy and warm.

Credits: I got this recipe from my mum who got it from the Helsinki community college cooking class.

Salmon and broccoli boiled in cream and stock[edit | edit source]

Note: This is the only word begining with "Consu" recognized around here.

I've been eating this for two days in a row now 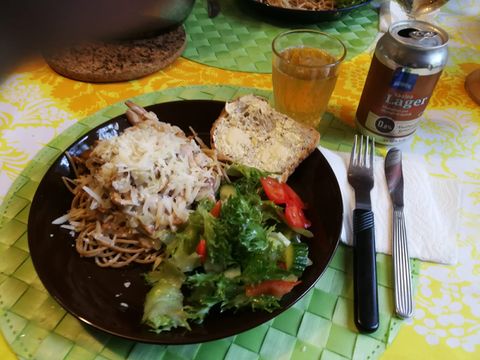 Chantarelles in dijon cream with pasta and cheese. This particular one was with smoked turkey in place of the bacon cubers in the recipe. Could try to explore a vegan version of this sometime.

I was just the other day making something for my vegetarian friends and this is what we munched on.

I'm not actually making this now but I often do and it's such a excellent sidekick to many salads and stuff that I just gotta share this with you.

I just had breakfast: 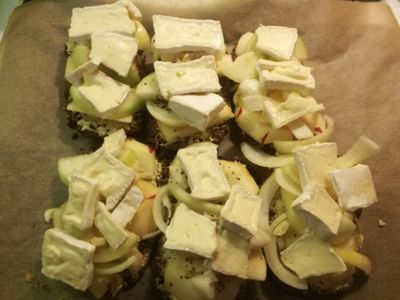 The apple-onion-brie sandwiches ready to go into the oven 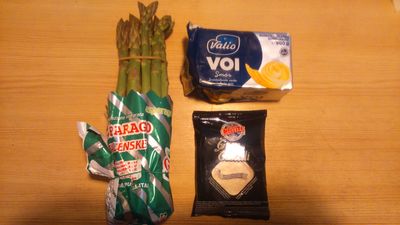 Cook asparagus halfway in a pan, add molten butter and powder cheese into the hot pan after straining the water out.

Enjoy. Some would say that these are better cold from the fridge the next morning. Certainly work as cold cheezybreads as well. 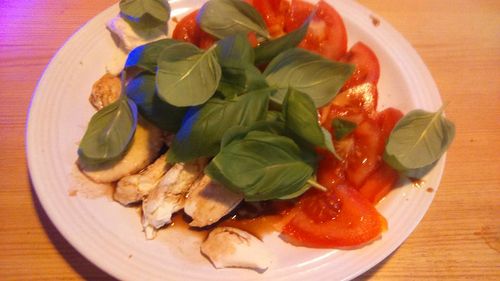 Tomato-mozzarella salad with basil, oil, vinegar and a pinch of salt.
Retrieved from "https://develop.consumerium.org/w/index.php?title=User:Jukeboksi/Kitchenblog&oldid=49389"