Acquiring access for our consumers to a semantic network of relevant linked open data compiled by other efforts and structured by a number of ontologies is obviously key to Consumerium. Reciprocally we aim to share the information we gather and compile available to other efforts. 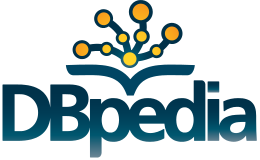 DBpedia (.org) is a community effort to enable the web moving "Towards a Public Data Infrastructure for a Large, Multilingual, Semantic Knowledge Graph".

Today the DBpedia data sets contain a wealth of information structured into ontologies. This structured data can be queried with SPARQL query language at their public DBpedia SPARQL endpoint.

There are many methods how the DBpedia ontology and datasets could be used in the Consumerium implementation stage wiki.

At DBpedia there is ongoing work on what is called DBpedia Databus to take their game to the next level. Databus Alpha was published in May 2018.

DBpedia began as an effort to extract structured information from Wikipedia infobox templates and categories and to make this information available on the Web with the initial release on January 10th 2007.

Wikidata (.org) is a knowledge base, an effort to store and serve structured data to Wikimedia wikis and to a more limited extent to other parties. Wikidata effort saw the daylight in 2012.

Wikibase allows interwiki links to be managed with Wikidata removing much contributor annoyanges, redundancy and error-proneness.

Wikidata is obviously a very viable source of reference level data once it is technically possible for non-WMF wikis to access the data items. (See #LinkedWiki extension for a potential workaround for this limitation)

It can be accessed outside of WMF wikis with with

Main entry point of any Wikidata item is a JSON dictionary, that has this form:

A lexeme is a unit of lexical meaning that underlies a set of words that are related through inflection. It is a basic abstract unit of meaning,[1] a unit of morphological analysis in w:linguistics that roughly corresponds to a set of forms taken by a single root w:word. For example, in English, run, runs, ran and running are forms of the same lexeme, which can be represented as RUN (Wikipedia on 2019-12-29)

Since 2018, Wikidata has also stored a new type of data: words, phrases and sentences, in many languages, described in many languages. This information is stored in new types of entities, called Lexemes (L), Forms (F) and Senses (S).[2]. This is enabled by the WikibaseLexeme extension.

Wikibase (wikiba.se) is a system for storing and querying structured data that powers Wikidata and other wikis.

Wikibase installation instructions at Mediawiki.org and advanced configuration of Wikibase. 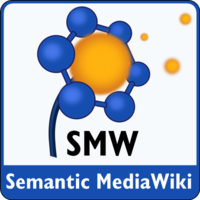 Semantic MediaWiki (.org) (SMW) is a free, open-source extension to MediaWiki that lets you store & query semantic data within the wiki and it seems well suited to Consumerium's information infrastructure needs.

A variety of open-source MediaWiki extensions exist that use the data structure provided by Semantic MediaWiki.

Among the most notable are of the Semantic MediaWiki extensions:

Logo of the LinkedWiki extension

A possible way to tap into various knowledge graphs is the LinkedWiki extension. LinkedWiki has been developed since 2010 by mw:User:Karima Rafes, a #Semantic MediaWiki developer and CEO of BorderCloud.com