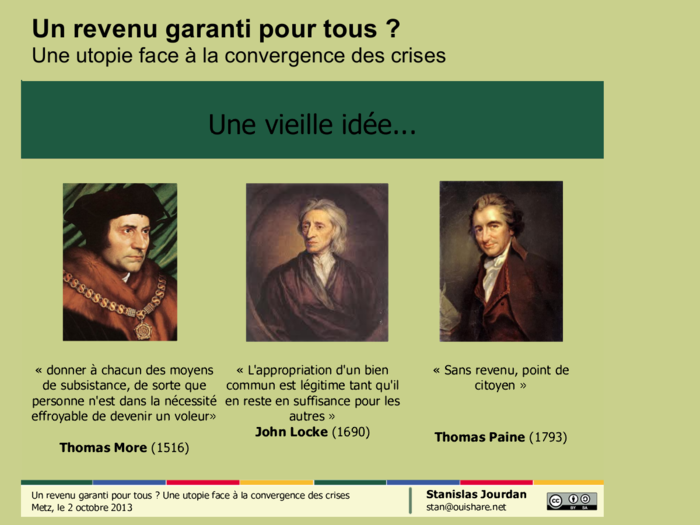 Basic income is not a new idea, but the automation with which we can do it is newer than these supporters Thomas More, John Locke and Thomas Paine.

Automatic Basic Income (ABI) will be a necessity for the survival of humanity and the planet. Some call this UBI, where the 'U' stands for either "Universal" or "Unconditional", depending on who you ask.

“If machines produce everything we need, the outcome will depend on how things are distributed. Everyone can enjoy a life of luxurious leisure if the machine-produced wealth is shared, or most people can end up miserably poor if the machine-owners successfully lobby against wealth redistribution. So far, the trend seems to be toward the second option, with technology driving ever-increasing inequality.”

Possible sources of money for ABI

Addressing the need for tax reform

w:Sikkim is a state in India, which has successfully developed hydro power projects and subsequently produces almost 10x as much electricity than it consumes and they will roll out ABI in the early 2020s.

GiveDirectly.org crowdsources funds to run an ABI scheme in Kenya. It is ABI, because the money is distributed through the M-Pesa mobile banking app[2] hence it is automatic.

GiveDirectly.org w:GiveDirectly launched a basic income experiment in Kenya in 2016.

On 2019-11-21 a paper on the GiveDirectly experiment 'General equilibrium effects of cash transfers:experimental evidence from Kenya' was published.[3].